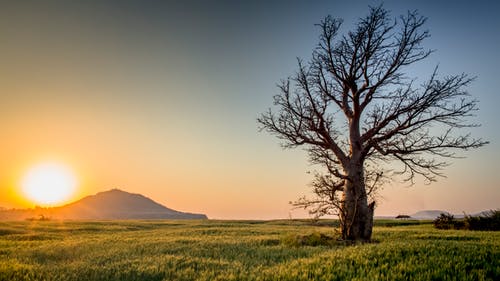 Arborists are important for diagnosing dead tissue on a tree and expertly pruning it away. While removing dead or diseased limbs sounds like common sense, average people can’t always tell what dying wood looks like until it’s too late. It’s a job that takes a keen eye, especially when people are concerned about the conservation of trees in an area!

The removal of diseased, dying, or dead branches from a tree is called, appropriately enough, deadwooding. While there are many aesthetic and safety benefits to deadwooding, it is also one of the most important activities for conservation.

Why Deadwooding Is An Important Part Of Conservation

Managing dead wood on trees in an urban environment like London is very important. We have to make several considerations in our assessment of the individual tree before taking action, because the proper removal of deadwood may increase and enhance the aesthetic value of the tree. As well, the removal of dead wood can take away the risk associated with the potential for the dead branch to fail.

These two reasons are related to the look and safety of a tree, but deadwooding has an important role in general forest conservation, too! Limbs that are dying, diseased or rotting can become a major problem for the rest of the tree if the condition spreads into the trunk. It can easily affect parts of the tree you wouldn’t be able to notice; when you do, it could have already spread to other trees in the neighbourhood. When a situation like this happens, there is a danger of not just one tree dying, but many!

Removing deadwood as soon as possible can stop the spread of infections and invasive species. If there is evidence that a species like the Emerald Ash Borer has infected a tree, it’s not necessarily a death sentence – there are injection solutions which are effective if used early enough. However, the removal and disposal of deadwood are necessary for preventing the spread of invasive species before they become an epidemic. 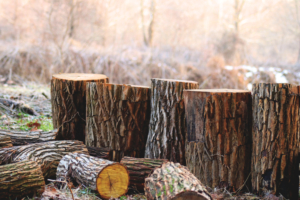 Can Leaving Deadwood Alone Be Positive?

Depending on the ecosystem, dead and decaying wood can be safely left alone. This is because rotting trees are important habitats for a wide range of insects, fungi, and mosses that make up delicate forest ecosystems. Leaving dead wood alone is usually done in forests where there is less foot traffic, the tree isn’t ornamental, and local species rely on it for food and shelter.

Removal of deadwood for conservation reasons depends on why the tree is dying, why it is growing in the first place, and where it is located. Conservation deadwooding is all about establishing a balance between the removal of hazardous limbs in an urban or residential environment and preserving safe deadwood where and when it makes an important habitat for local species.

How To Remove Tree Sap From Clothes