If We All Planted a Tree, Would Anything Interesting Happen? There are a lot of people on earth – 7.5 billion to be inexact, with more arriving every day. Have you ever thought about what would happen if all 7.5 billion of us did one specific action? Maybe something silly, like we all jump at the same time, or hold hands across the globe, or maybe build a giant human pyramid. The results would either be negligible (for jumping, the earth wouldn’t feel a thing) or hilarious.

So, What Would Happen If Everyone In The World Planted A Tree?

It’s a noble goal, one that goes beyond the planting of a tree itself. It’s pretty humble in context, too. Statistically, if everyone planted a tree, the amount would still be dwarfed by the population of trees around the world, because there are currently three trillion trees around the world. This is around 400 trees for every living human!

There’s a dark side for this fact: every year, we are also losing 10 billion trees, more than what would be planted by all the 7.5 billion people on our planet. With this in mind, it’s hard to see humanity making any tree-planting progress. However, encouraging people to plant trees is not just to get more trees in the ground; it’s also to help people appreciate the work of planting the tree, and why we have to care for them a lot more than we do now!

Why Everyone Should Plant A Tree!

Cultures around the world have to rediscover the value of trees before it’s too late, and by getting one’s hands dirty, more people can understand why they are important. Many countries are on their way, and have dedicated “holidays” for planting trees: Arbor Day in the United States, Arbor Week in Canada, Día del Árbol in Costa Rica, the Jewish celebration of Tu BiShvat in Israel, and the week-long festival of Van Mahotsav in India. In fact, India set a record not too long ago when 1.5 million volunteers planted 66 million trees in only 12 hours!

In many parts of the world, including our own country, we lost the true meaning of these “holidays”. This is one of the biggest effects of everyone planting a tree: the love of trees will go up, and we and future generations will value them more. In turn, the more we’ll value them, the more we’ll understand the necessity behind the work that comes with caring for trees. This is because once a tree is planted on a property, it needs TLC to grow healthy and strong.

What Does The Future Hold For Trees? 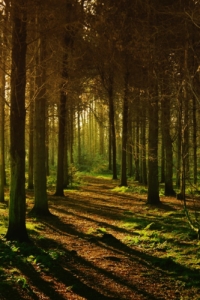 We need everyone to plant not just one tree, but loads and loads of trees, and we need it done quickly. A recent report published in the July issue of Science said that we could support an “additional 0.9 billion hectares of continuous forest,” an area larger than the United States. This would mean a  25% increase in forested area and the planting of 500 billion additional trees. As part of other carbon-cutting measures, this new forest would remove 200 gigatonnes of additional carbon at maturity, potentially removing 25% of the carbon in the atmosphere!

To prevent environmental damage in the future, we’re going to need to do more than have planted a tree – more than the 7.5 billion trees in fact, that would go into the ground if everyone actually did commit to planting just one tree. Some projections say that we need to plant a trillion trees, or another one-third of the number of trees we have, to combat the effects of climate change. While it might seem overwhelming, we should still encourage each other to pitch in and make an individual effort. After all, it all has to start with one tree, somewhere in the world – why not with you, in your yard? 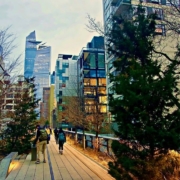 Five Ways That Trees And Buildings Can Coexist 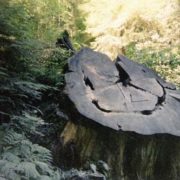 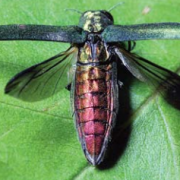 Keep An Eye Out: Identifying The Emerald Ash Borer 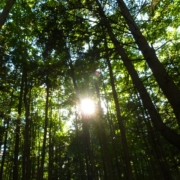 How Much Should I Water My Trees & Shrubs? 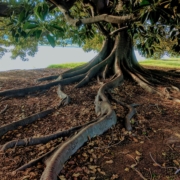 How Do You Deep Root Fertilize A Tree?