Trees are very independent organisms, and once they’re going, they don’t need babysitting. But keeping an eye on their health is crucial, because while they’re hearty, they’re also very big, and big organisms attract a lot of problems.

Be prepared and know the symptoms of diseased trees as soon as they show themselves. Catching the problem in time can save the tree!

Bug infestations can, in and of themselves, can kill trees. Invasive species like the Emerald Ash Borer and the Asian Longhorn Beetle bore into the wood, interrupting the tree’s nutrients and causing branches to wither off. Other harmful insects include the larva of the European Gypsy Moth, Tent Caterpillars, and Magnolia Scale (though this one seems to have disappeared from Ontario). These insects cause density loss in the crown of the tree, and their burrowing causes holes, cracks, and oozing in the bark.

If you see any of these signs, call a trained arborist right away! Even if you can’t save the tree (and we’re hoping we can!), it’s important to get it diagnosed and treated before the infestation spreads.

Pardon the atrocious pun, but there are quite a few different types of fungi that can cause diseased trees. They can usually be taken care of through chemical or biological means, but need to be caught early. Here are some to look out for:

If you see any signs that might mean diseased trees – thinning canopy, dead branches, discolored leaves, and wounds in the bark – call us today! If caught in time, there’s a great chance we can save the tree before the disease gets worse or spreads to other trees in the area. 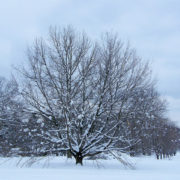 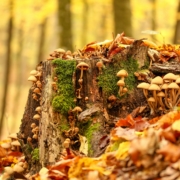 Should You Monitor Mushroom Growth Near Your Trees Next Season? 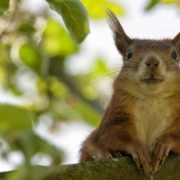 Why Leaves Turn Colour In Fall 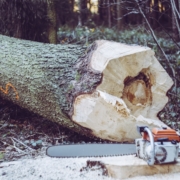 Are Tree Removal Regulations Different In Every Province? 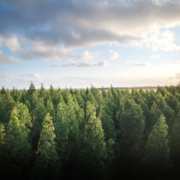 What Would Happen If Everyone In The World Planted A Tree?

Signs of Tree Trouble: What to Watch For and When to Act
Scroll to top Call Now Button