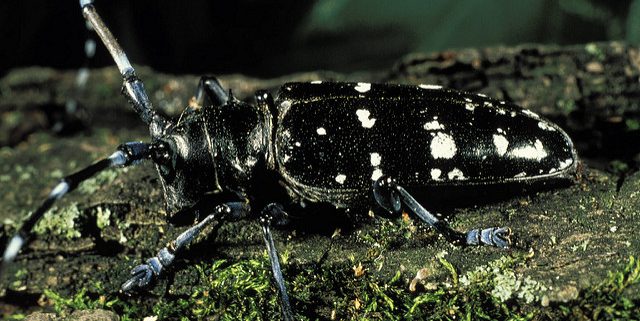 Our world is increasing in connectivity, more and more every day. These connections bring a lot of positives, but they also come with… well, some unwelcome guests, namely, the Asian Longhorn Beetle.

We’ve already discussed the Emerald Ash Borer, a pest that came to the United States and slowly made its way north to us. As its name suggests, this invasive species has a special appetite reserved for ash trees. While we fight to preserve the ash trees we still have, simple things like not planting more of this species of tree can prevent the spread of the beetle. When the next species comes, though, we might not be as lucky. 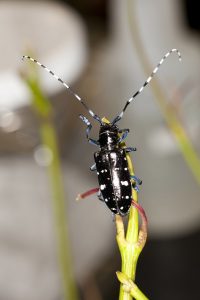 As The London Free Press reported on April 9th, the Forest City is preparing for a bug that could very well wipe out up to 40% of our trees: the Asian Longhorn beetle (ALB). Already spotted in Toronto, the ALB could hitch a ride on anything wooden – be it packaging, lumber, or other goods – and make its way around southern Ontario.

The beetles themselves are quite striking: a black body with white spots, long blue-white antennae, and legs with blue bands. But despite their looks, they are feared. The reason why is that, unlike the Emerald Ash Borer, it doesn’t really discriminate between species of trees. They’ve been shown to feed on maples, birches, willows, and poplars, which makes it hard to restrict new growth akin to the ash tree because these species are more common and popular. Once it’s in an area, it can kill any type. When an infestation hit the Toronto and Vaughan area in 2003, more than 28,500 trees were removed, the vast majority of them because they were at a high risk of infection.

The ALB kills trees the same way the Emerald Ash Borer does: by disrupting the tree’s support system. The female ALB chews through the bark and lays eggs just beneath it. It takes a week or two for them to hatch, and then the larvae worm their way into the center of the tree, feeding their through winter. As they grow, they take more and more of the tree’s nutrients, slowly killing the tree. 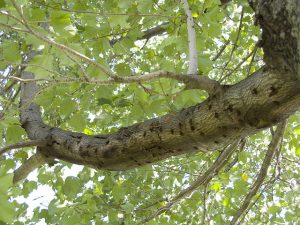 Noting when a tree has been infested means paying close attention to the health of the trees on your property. Usually any sign of deterioration is a good sign you should call an arborist or the city, but here are some sure signs the ALB has come to your neighbourhood.

What Can We Do?

The Asian Longhorn beetle isn’t unkillable; in fact, it’s inability to fly means it can be managed. But it can only be managed if we’re prepared, and the only way to prepare for invasive species is if everyone works to monitor their properties and pays attention to the health of their trees. If we work together, we might be able to spare London and the surrounding area from a lot of costly damage!

If you see any signs of the Asian Longhorn beetle, give us a call at 519-670-9988. We are trained to assess and diagnose any problems you may have with your trees, including infestations. Don’t hesitate! 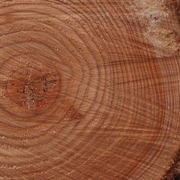 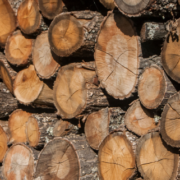 Can Firewood Be Too Dry? 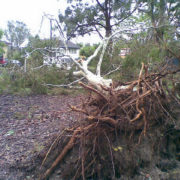 Storm Season – The Clean-Up That Follows 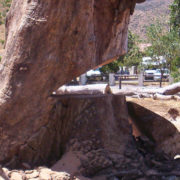 How To Plant A Tree 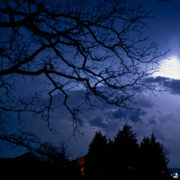 Lightning Hazards And Your Tree

Keep An Eye Out: Identifying The Emerald Ash Borer