After a long winter, your tree might be in a weaker state; this means it’s the perfect target for pests come spring. Nature provides you with a lot of protection via predators, but sometimes infestations can get out of control. If you’re not paying attention and controlling your trees, they could end up dead.

Here are four pests that are prevalent in Ontario, and could be coming for your trees. Look for the signs and be ready this fall and next spring! 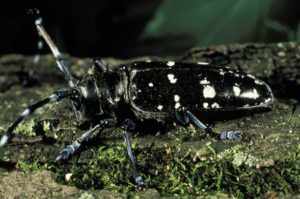 Native to Asia (hence the name!), this beetle is a pest that bores into hardwood trees like maples, birches, willows, and poplars. Adult female Asian Longhorn beetles chew into the bark to lay one egg, which looks like a little grain of rice; this egg then hatches within one to two weeks. Once they have hatched, the larvae bore into the wood, disrupting the tree’s nutritional systems and causing a lot of harm- like structural damage and dying limbs. It could even kill the tree!

Look for holes 1.5-2 centimetres in diameter; an abundance of pest-eating birds, like woodpeckers; sap coming out of the holes and attracting insects like hornets and wasps; and, if worse comes to worse, brown leaves in the canopy. Use pesticides or insecticides, but it’s generally a good idea to call trained arborists to safely prevent extensive damage. 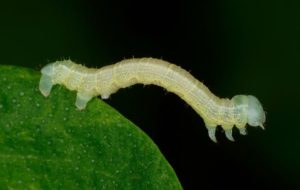 You might know these little guys as inch worms, spanworms, or loopers, but these common pests usually appear during the spring and fall, and like Asian Longhorn beetles, they love hardwood trees. They gorge on the leaves of the trees, and if the infestation is thick enough, it can strip trees of their cover and leave them susceptible to other damage. Mississauga has a bad infestation just this year, prompting some council members to consider aerial spraying (thankfully for everyone in the parks, they didn’t do it).

During the fall, homeowners can use sticky bands that trap emerging adults that crawl from the soil up the trunk in a substance, usually Tanglefoot. Wrap the trunk in tar paper so Tanglefoot doesn’t harm the bark. 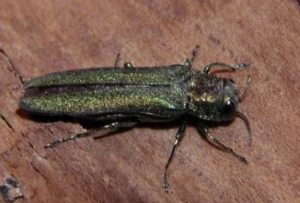 This is the most notorious insect, killing millions of ash trees around North America. The Emerald Ash Borer is bad because it can fly between trees, sometimes flying five kilometres to find host trees. They also like hitching rides on firewood, construction materials, and nursery stock. They operate much like the Asian Longhorn beetle, in that they lay their eggs beneath the bark and the larvae feed on the tree’s water and nutrients. An infestation can kill a tree within a year or two.

Injecting pesticides and covering the soil around the trunk with insecticides are the best ways to kill off populations and keep them off ash trees in the future. Dead or dying trees have to be removed ASAP so the infestation doesn’t spread. To accurately assess the damage, it’s a good idea to call in a professional arborist. 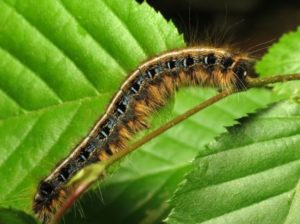 These caterpillars are the precursor to a species of moth that lays its eggs in late June and early July. They are laid in a large group, sometimes up to 350 eggs at a time, around the base of twigs; the moth then encase the eggs in a kind of foam to protect them. Once they hatch, the caterpillars stay together and weave a “tent” at the fork of a branch, and it gets bigger as they grow. Once matured, usually 4-6 weeks later, they wrap themselves in cocoons and hatch ten days later.

Eastern tent caterpillars feed mainly on fruit trees, like cherry and apple. They usually won’t kill a tree, but they can eat the leaves off which can cause weakening and severe damage. Get rid of tents by clipping them off the trees, and if you noticed any foam casings or cocoons, scrape them off the bark and dispose of them in a bag with a seal (to prevent them from falling out or escaping!). Use a pruner to get tents that are high up in trees. 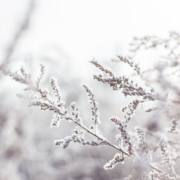 How To Repair Winter Tree Damage 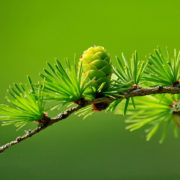 Tree Trimming: How To Time It Right 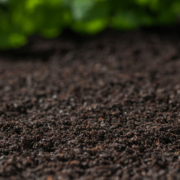 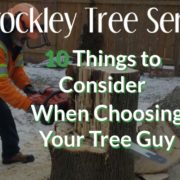 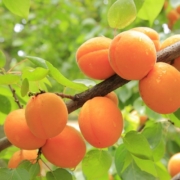 What Is Black Knot Disease? 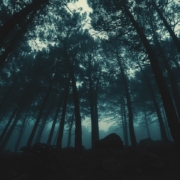 Five Of The World’s Scariest Trees